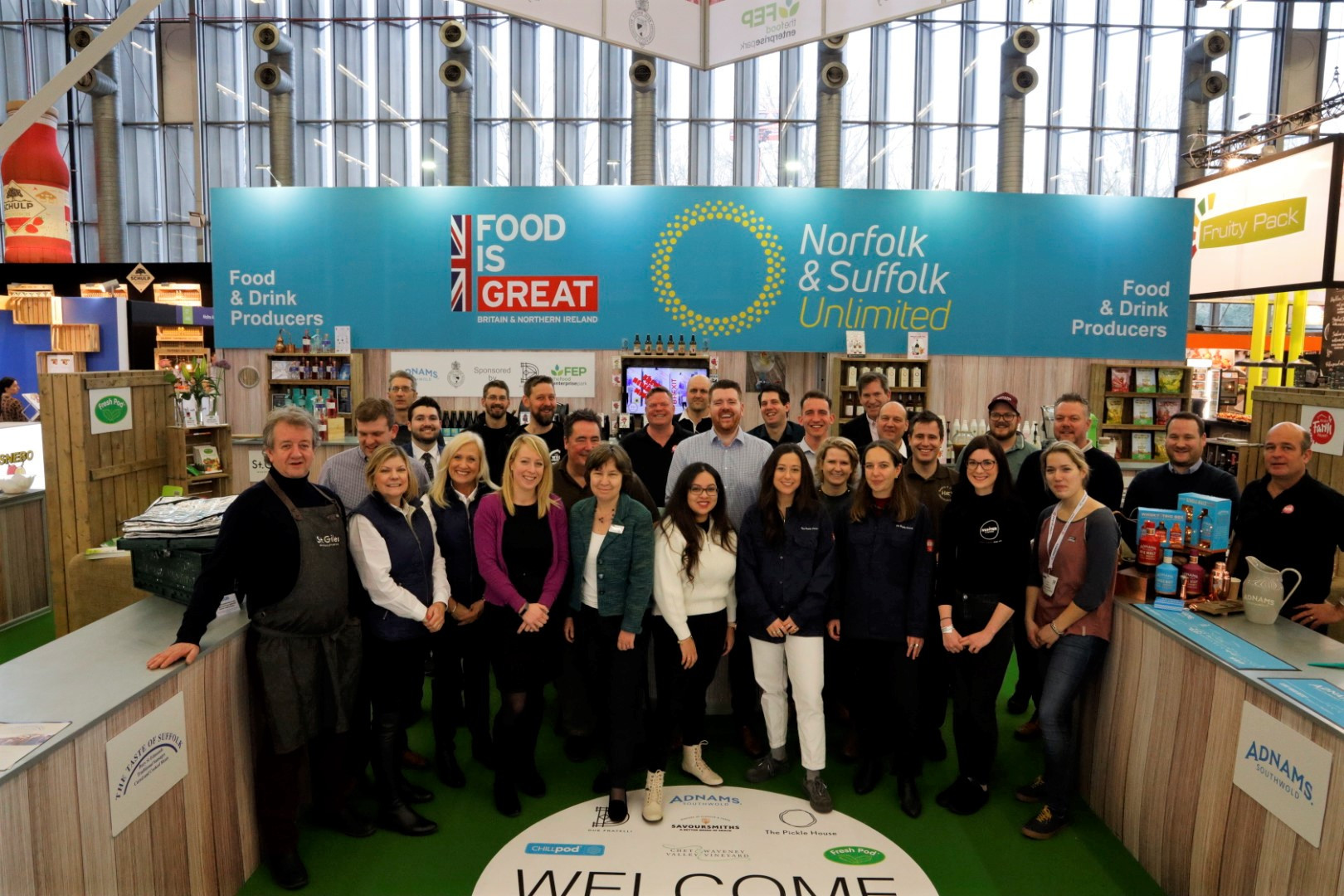 Food and drink producers sign deals with the Dutch

Norfolk & Suffolk food and drink producers have turned leads into deals following a trade mission to the Netherlands in January.

The fourteen producers from the eastern region took a buoyant approach to Brexit when they attended Horecava - one of Europe’s largest hospitality trade shows. They attended under the banner Norfolk & Suffolk Unlimited which is the region’s new business brand promoting the area’s unique business location and investment opportunities.

Several producers have struck deals, including Florence Cherruault, Founder of The Pickle House in Suffolk, said: “We had an absolutely great time at the show and met some really fantastic representatives from bars, restaurants and hotels. We now have a distributor in the Netherlands which is our first step into export.”

The companies, which ranged from gin distillers to chocolate producers, received advice on trading with the Netherlands and growth support from the Department for International Trade (DIT), Norfolk County Council, Suffolk County Council and New Anglia Local Enterprise Partnership.

Jason Salter, Operations Director at Freshpac, said: “The support offered by New Anglia LEP and the council has been superb. Normally, the investment in time and money to exhibit at such a large exhibition makes overseas quite a risky hit and miss affair, however with the support the council have provided alongside the UK Embassy in the Netherlands has created more of an opportunity.

“Exhibiting with other similar companies presented a stronger offering with more credence and thus engaged more potential customers.  Putting aside any political feeling towards Brexit we feel that we need to use every opportunity to grow and the Netherlands is a great place to start.”

This trade mission was part-funded through the European Regional Development Fund and also supported by Invest East’s investor-led programme for businesses in Norfolk and Suffolk.

Norfolk and Suffolk’s food and drink sector is a significant contributor to the UK economy with trade in food, drink and agriculture worth £3.5 billion. With only 2% of the UK’s population, it produces 11% of its food and drink. It is the UK’s most productive and profitable farming area, with a substantial and valuable supply chain.

Clarke Willis MBE, Director at the Food Enterprise Park in Norfolk, said: “We have been involved in both Horecava shows (2019 & 2020) and value the opportunity to promote the great food and drink products, and also the interaction with Netherlands-based companies who are looking to develop production and distribution facilities here in Norfolk.”

The region is ground-breaking in food innovation and has a successful agri-tech sector with leading global innovations in hi-tech data, drone technology and robotics in food production and growing techniques. For example, Norwich Research Park is home to world-leading research institutes specialising in food and bioscience.

You can read more about Norfolk and Suffolk’s food, drink and agriculture sector here.